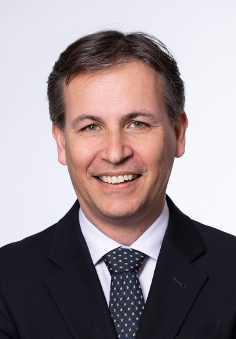 Wolfgang Pospischil holds the AFRY-wide lead for the Future Cities Business Area and is the Managing Director of the Vienna Management Consulting office, where he is in charge of the management of large international projects in Central, Eastern Europe and Turkey. He has more than 20 years of experience in industry and consultancy from leading positions in Austria and Great Britain.

Wolfgang Pospischil covers several topics regarding Future Cities (specifically urbanization and mobility), energy generation as well as services from strategy to business operation and sustainability. He is experienced in all projects phases from strategy development and market entry studies (such as strategy and feasibility studies for leading companies in CSEE) to the implementation phase (such as feasibility studies and valuation studies for critical infrastructure). He has also been involved with Financial and Technical Due Diligence as well as M&A and divestment support.

Before working with AFRY (previously Pöyry), Wolfgang has conducted an in-depth analysis on the Durance River in France at site, regarding the irrigation system of the river.

Wolfgang Pospischil holds an MSc and PhD from the University of Vienna and a Master of Advanced Studies degree (MAS). He is fluent in English, French and German. In addition he completed several trainings in business administration, strategy development, environmental consulting, human resource management and leadership.